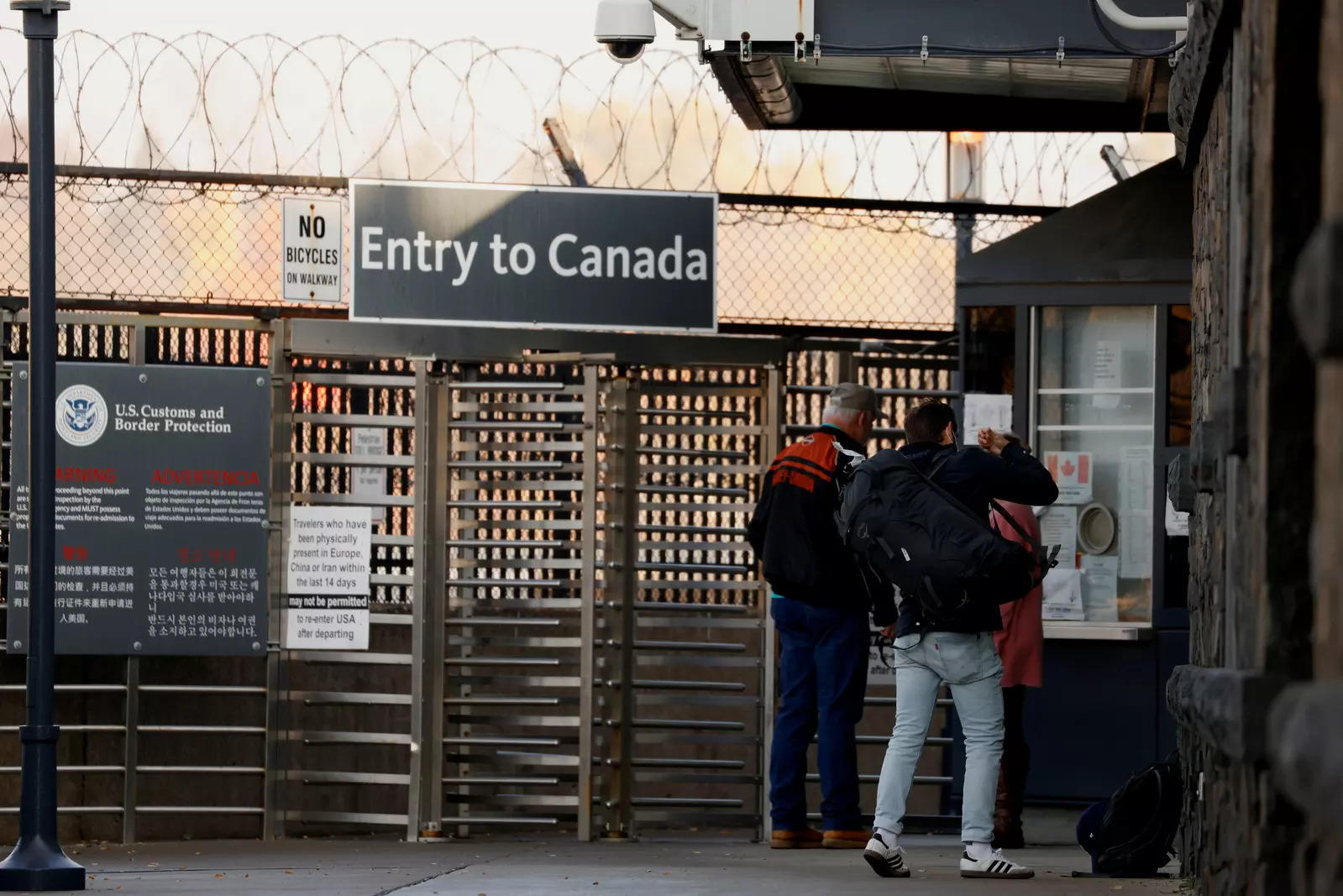 Aditya Garg headed to San Francisco in the early hours of Monday, relieved that he could finally get back to work – and home – with the US government lifting travel restrictions for international travellers who are fully vaccinated against Covid.

The young man from Jaipur, who works for a California-based electric vehicle company, was among the several people at the Delhi airport on Monday morning anxious to get to the US and boarding the first flight out they could.

The Coronavirus pandemic had prompted the US to close its borders to international travellers from many countries, including India, last year. Later, only passengers holding visas belonging to certain categories were permitted to travel. From November 8, the US has lifted all restrictions for fully vaccinated international travellers, including from India, but they will have to show proof of a negative Coronavirus test before boarding a flight to the country.

Garg, who took a United Airlines flight scheduled to depart at 4:30 am, said he had last travelled to the US before the pandemic induced lockdown in March last year. “I work and stay in Bay Area. It’s a relief that after such a long time I am able to fly to the US as American authorities have eased restrictions for fully vaccinated passengers. Of course, we still have to take all precautions,” he told PTI before entering the international departure lounge.

Carriers including Air France, United Airlines and Singapore Airlines are scrambling to meet the sudden surge in demand, adding flights, swapping in bigger planes for smaller ones and redoubling efforts to hire and retain staff.

Pritam Deshwal is also a US-based professional but was unable to travel from India due to restrictions. The airport designer, who took an Air India flight to the US, said, “I am based in New York, and the further lifting of restrictions on travellers will certainly help in getting reconnected to our offices and places, literally.”

Since the outbreak of the pandemic last year, most companies and institutions had allowed employees to work from home with digital technology playing a big role in helping colleagues stay connected in a ‘new normal’ scenario.

Many US-bound passengers, including women, said their vaccination status had boosted their confidence. “I am taking my first international flight after the outbreak of the pandemic. I am feeling fine,” said a woman passenger who did not wish to be named.

Among those who took flights out to the US were the Vij brothers, who are based in Miami. “I am a US citizen, so, there was no restriction for me as such, but I am glad more people can fly now to the US,” said Siddhant Vij, who took a Qatar Airways flight with his brother Shivek.

American business executive Brad Nuss, who lives in Minnesota, flew to his home country on Monday and hoped that a sense of normalcy in international travel will return soon. “The pandemic has changed our world and the way we see it and interact with others. And, with vaccination picking up in India and elsewhere, and US further lifting travel restrictions, I feel it’s a sign of things slowly getting back to normal in a way,” Nuss told PTI before boarding a KLM Royal Dutch Airlines flight.

Global jet fuel demand is languishing 15-20 per cent below 2019 levels, according to analysts, but confidence generated by rising vaccination levels has led to increased passenger flight bookings in recent weeks.

At the airport, as family members bid goodbye to each other, many were overcome by emotion as they hugged, some taking the mandatory selfie to mark the occasion. The White House late last month said the US will lift all travel restrictions for incoming non-citizens and non-immigrant travellers from November 8, with only limited exceptions. They will be required to be fully vaccinated and produce proof of their Covid-19 vaccination prior to boarding a flight to the country.

Passengers will need to show their vaccination status, and the airlines will need to match the name and date of birth to confirm the passenger is the same person reflected on the proof of vaccination, according to an official statement issued earlier.

Scheduled international passenger services have been suspended in India since March 23, 2020 due to the Coronavirus pandemic. But special international flights have been operating under bilateral air bubble arrangements with approximately 28 countries since July 2020.

Under an air bubble pact between two countries, limited special international flights can be operated by their airlines between their territories with certain restrictions.