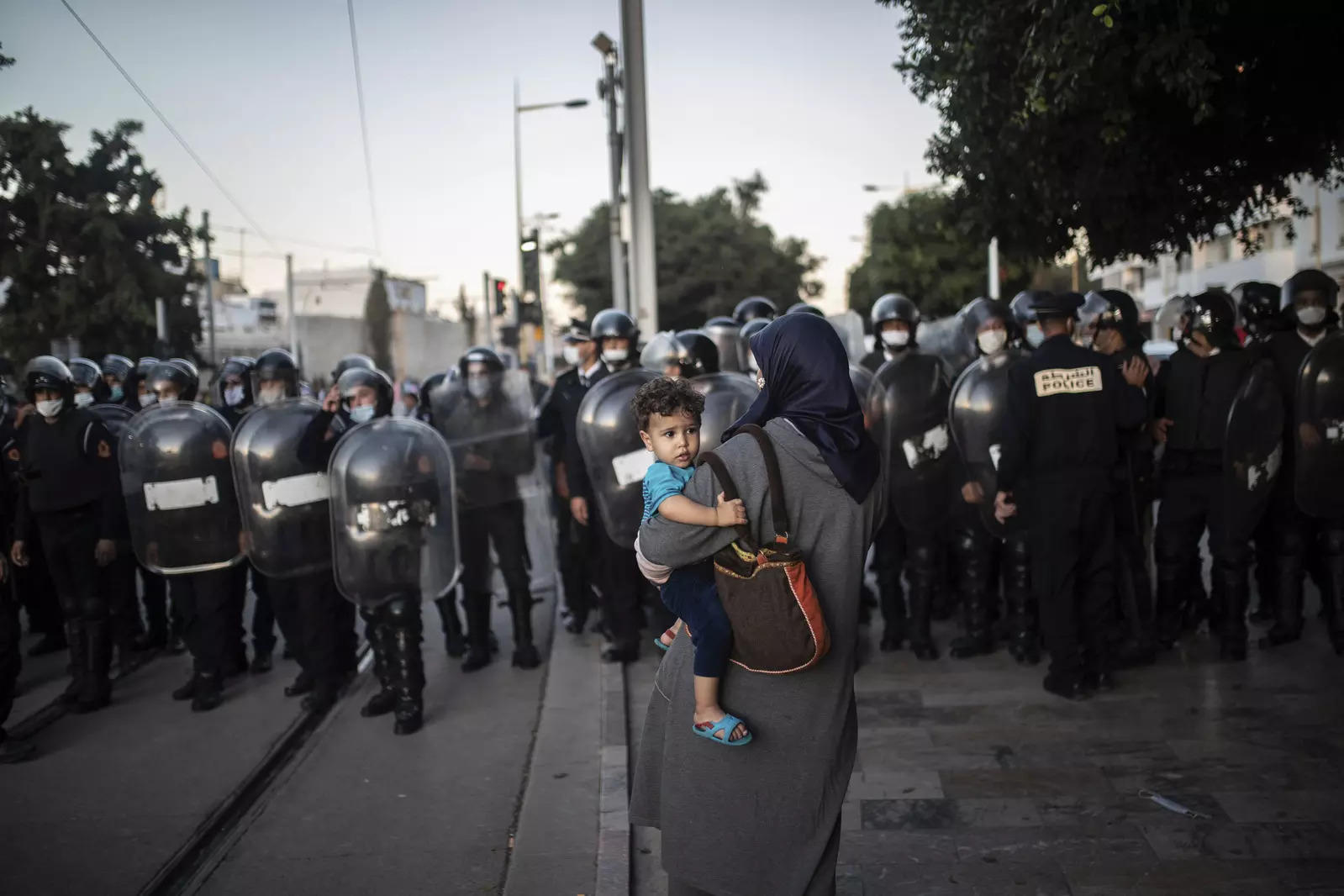 Protests erupted across cities in Morocco on Sunday against a Coronavirus vaccine passport that is required to access indoor activities and travel. Proof of vaccination has been mandatory since October 21 for all Moroccans to enter their place of work and restaurants and for domestic and international air travel.

The North African kingdom’s vaccination rate is the highest in the continent, with more than 58 per cent of its 36 million people fully inoculated. But a vocal minority is opposed to the abrupt decision to require the vaccine pass, and hundreds of demonstrators marched in the capital of Rabat for the the second time in a week to voice opposition to the rule. “It should be our choice!” angry anti-pass protesters shouted just a stone’s throw from the parliament building.

Morocco’s Health Ministry warned Monday of the threat of a new virus surge, stressing “the need to avoid possible a relapse of serious and critical cases and Covid-19-related deaths, which have occurred in several European countries.”

Some demonstrators attempted to break through a police cordon, and officers responded by using shields to disperse the crowd. Images from the protest showed police arresting some protesters. Others suffered injuries. Several hundred people also joined a similar protest in Casablanca, the country’s economic hub. Demonstrators in other cities such as Tangiers in the north and Agadir in the south held similar protests.While Morocco’s vaccine passport is required in an unusually large number of places, similar passes are used in many countries and have boosted vaccination rates. Morocco has reported at least 14,000 deaths related to Covid-19.