India’s every corner is filled with
beautiful honeymoon places to visit for couples. As anyone takes honeymoon
destination name, our mind thinks about the hill stations, beaches, and other
beautiful destinations. There are lots of beautiful and world-famous honeymoon
places available in central India for couples.

Central India mainly comprises
the Madhya Pradesh and Chhattisgarh states which were initially single states.  This central region is situated in the heart
of India and is easily reachable from every corner of India. For honeymoon
couples, central India provides very beautiful destinations to celebrate their
honeymoon in the romantic and pleasant weather with beautiful locations and
places to visit for sightseeing.

The most famous honeymoon places
of central India for couples are Khajurao, Pachmarhi, Orchha, Gwalior,
Bandhavgarh, Kanha etc. Khajuraho and Pachmarhi are situated in Madhya Pradesh.
Both are the most popular destinations of central India than other tourist
places in these states.

You Should Read: Honeymoon Hill Stations in India

Places to Visit in Central
India 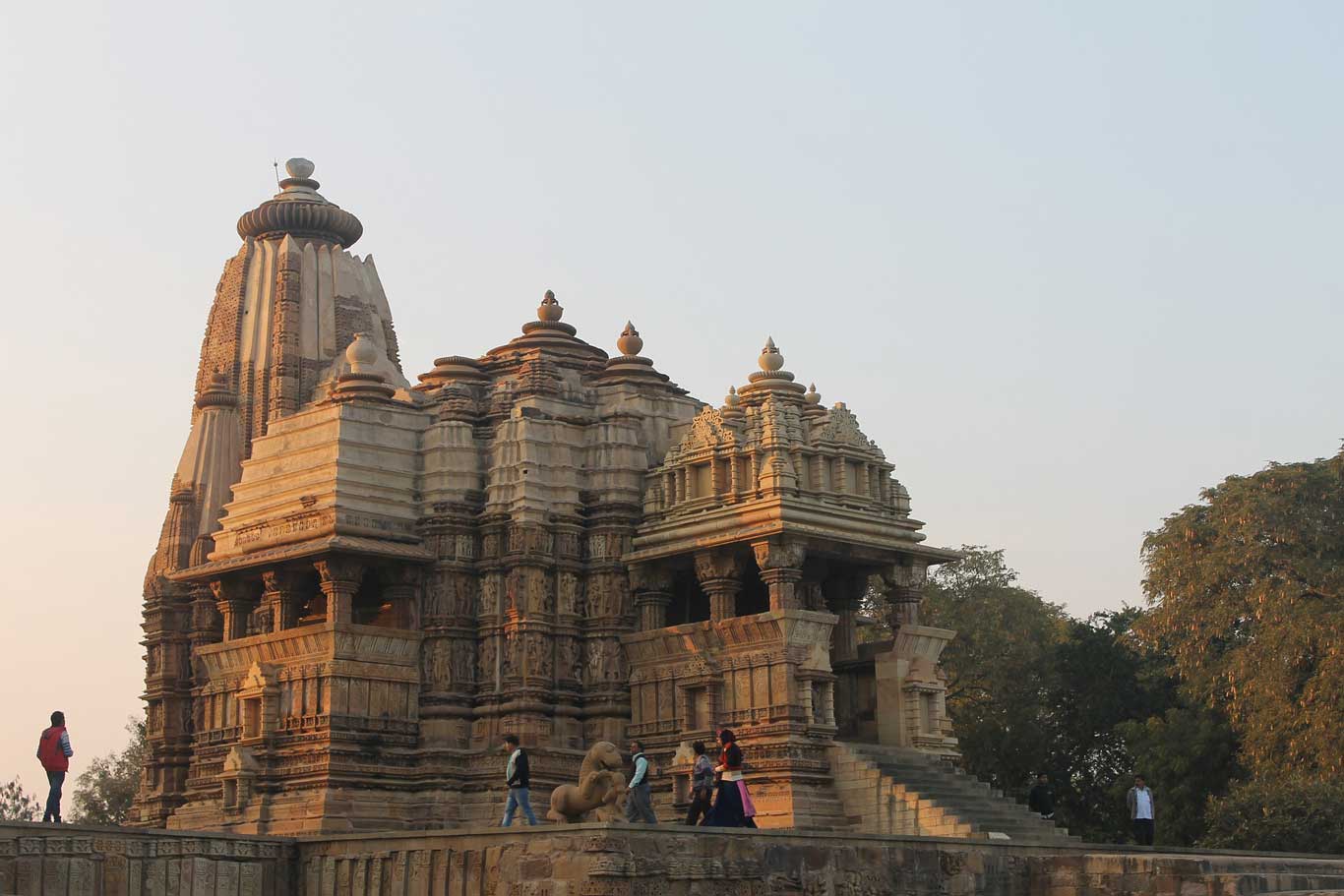 Khajuraho is the most popular
honeymoon destination for newly married couples to learn about sexual education
and know about our traditional culture regarding sex education. It is a world-famous site that is lots of temples that are depicted with sexual and
sensual art. Some of the most popular temples are Chitragupta Temple,
Vishwanath and Nandi Temple, Jagadambika Temple, Lakshmi and Varaha Temple,
Mahadev Temple, Parvati Temple, etc.

Another popular destination of
central India is Pachmarhi. It is a popular hill station in Madhya Pradesh. It
is the best to place after Khajuraho in central India for couples to celebrate
their honeymoon in a pleasant and peaceful environment. For sightseeing,
couples can visit Pandava Caves, Bee Falls, Raj Prapat, Gupt Mahadeo, Badey
Mahadeo, Priyadarshini View Point, Handi Khoh, Chauragarh Peak, Duchess
Waterfall, Dhoopgarh, Chauragarh Peak, etc.

Orchha is the very historical
city of central India that was the capital of the Bundela rulers. Couples can
see the natural and historical beauty of this city with lots of sightseeing
places like Jahangir Mahal, Lakshmi Narayan temple, Ram Raja temple, etc. Betwa
River and the forests at Orchha also the attraction for the tourists.

The very famous historical city
of central India, Gwalior is famous for its hilltop fort. This famous fort is
about more than 1000 years old which the symbol of our prideful and luxurious
history is. There are a lot of famous forts and tourist destinations available
for couples for sightseeing like Bateshwar, Gopachal, Gwalior Fort, Gujari
Mahal, Jai Vilas Palace, etc.

The Climate in Central India

The central part of India
constitutes Madhya Pradesh and Chhattisgarh. These two states witnesses
extremes in terms of climatic conditions. Summers in Madhya Pradesh and
Chhattisgarh are very hot with temperatures, usually, rising to more than 45
degrees. Drizzles of the rain come pouring on these two states between July and
September tends to lower down the temperature. While the winters
experience chilly cold breezes that drop the temperature to 0 degrees at times.
So, it is always better to make the preparations accordingly.

In these two states, the most
popular honeymoon destinations are Khajuraho and Pachmarhi. The summer in
Khajuraho is very hot and humid with temperatures shooting up to 48 degrees in
the daytime. On the other hand, the winters may run a chill in the visitors’
spine as the temperature goes down to as low as 4 degrees. Moreover, the
monsoon season starts in July and stays till September that makes the place
slightly unpleasant. It is essential for the honeymoon couples to gather
complete information on the weather conditions of the decided destination and
further the preparations in that direction only.

The beautiful Pachmarhi stands
proudly at an altitude of 3,555 feet in the Satpura mountain ranges. Its
natural beauty attracts honeymoon couples to celebrate a blissful honeymoon
here. Since Pachmarhi is surrounded by the Satpura range of hills; the weather
conditions remain pleasant throughout the year. Even, the summers do not
witness temperatures of more than 35 degrees and winters do not get to shake
hands with a lower temperature of more than 7 degrees. The honeymoon couples
can check out this scintillating beauty at any time with preparations made
according to the prevailing climatic conditions.

A honeymoon is one such moment in
the life of a couple that does not come back. So, excellent preparation and
perfect timing are essential to make the most of time. Madhya Pradesh and
Chhattisgarh is two states falling in Central India that have extreme weather
conditions.

The Khajuraho in experiences hot
summers and enormously cold winters. So, it is advisable to honeymoon couples
that they should enjoy the historic place of Khajuraho with splendor sprinkled
all around in between October and June. In these months, the honeymoon couples
can feast their eyes on the brilliant architecture that would take them back to
pre-historic times.

On the other side of the coin, Pachmarhi
experiences a pleasant climate all through the year. In summers, the temperature
is never over 36 degrees and it never drops beyond 7 degrees. The ideal time to
enjoy the scenic beauty of Pachmarhi is between October and June. It is because
the weather conditions are extremely favorable with clear skies. After all,
every honeymoon couple would like to go for such a place that provides them
with peace, tranquillity, and serenity all around with privacy also.

How to Reach Central India

Almost maximum cities of central
India are well connected with roadways and railway lines. Indore, Bhopal cities
are also well connected to airlines. So reaching there is not a big issue. Lots
of airlines and trains have been available between major destinations to Pachmarhi
and Khajuraho.

These two destinations have been
favored as honeymoon destinations with the former being a scintillating hill
station and the latter being a true representative of historic architecture
that speaks off Indian culture in real colors.